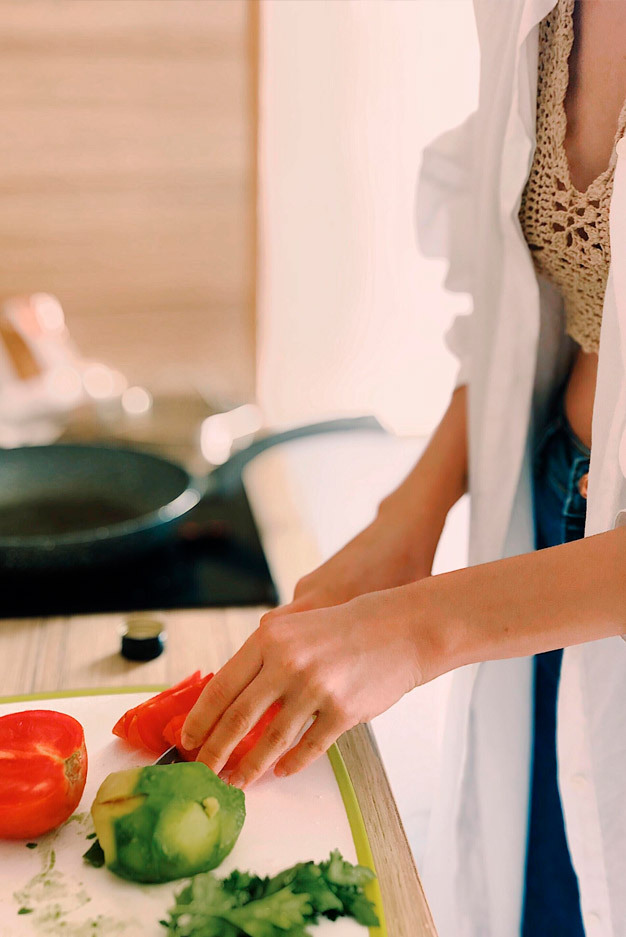 A Short Glossary of Cooking Terms for Absolute Beginners

Jumping into the kitchen for the first time isn’t as hard as it looks, I swear. But if you’ve never really cooked anything beyond the basics, it might seem kind of intimidating to glance at a recipe and see unfamiliar words lurking there.

Cooking has a jargon all its own, and while you don’t need to know every culinary term, it can be helpful to know the basic cooking terms. Below, I’ve come up with a list to get you started. We’re not going to go over anything super technical like au jus or bain-marie (yet — but you’ll get there!). Check out these cooking terms, and stop stressing over decoding recipe instructions!

Bread: to cover an ingredient with bread crumbs.

Cream: to mix something until blended, usually with a softer ingredient like butter combined with sugar.

Dashes and pinches: a little bit! Traditionally, a pinch is what you can hold between thumb and finger, and a dash is a tiny bit of liquid (roughly ⅛ teaspoon).

Fold: to carefully incorporate one food into another, without harsh mixing. Instead, you gently lift the food with a spatula and literally “fold” it over the other ingredient several times.

Marinate: to add flavor to food by letting it soak in a seasoned liquid.

Whip: to mix something quickly while incorporating air, resulting in a smooth appearance and increased volume.

Blanching: to dunk food (usually veggies) into boiling water to soften it or preserve the color.

Boil: to cook food in a liquid that’s hit 212°F, the boiling point.

Caramelize: this happens when carbohydrates, especially sugars, are heated up and develop the brown color and characteristic flavor of caramel.

Poach: to cook food in simmering (not boiling!) liquid.

Sauté: to use a small quantity of fat to cook and brown food quickly in a skillet.

Simmer: to cook food in hot water. Unlike boiling, instead of big bubbles, you’ll see smaller ones that rise gently to the surface.

Sift: to pass dry ingredients through a mesh strainer, removing any lumps to ensure a cohesive texture.

Steam: to cook food by heating it in the steam from boiling water.

Pare: to remove the peel from vegetables or fruit.

Shred: to cut into thin pieces.

Zest: to use a tool to get the “zest,” or the outer layer of peel from citrus fruit.

As even beginner cooks know, reading through basic recipes — ideally before you actually start working! — is the key to making sure you understand and are prepared to carry out the instructions in full. Using these terms as a guide, you’ll find yourself breaking out more and more complex recipes over time. Give it a shot!