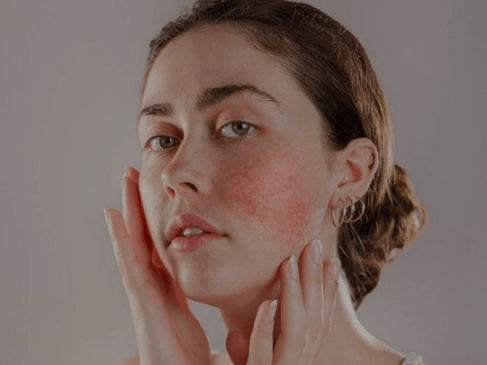 Rosacea is a common inflammatory-skin-condition that is characterized by redness and acne-like bumps that can affect the face, eyes, ears, neck and chest. Over 16 million Americans have rosacea, however, according to a survey by the National Rosacea Society  95% of patients who suffered from rosacea had no prior knowledge of their condition before being diagnosed.
In fact, most people usually often mistake rosacea for acne or an allergic reaction.

The cause of rosacea remains a mystery, yet scientists believe that it can be related to immune system changes, a response to ongoing inflammation in the body or gut bacteria unbalance. As of today, there is no known cure, however, according to research conducted in 2017 by Emma Weiss and Rajani Katta certain foods and drinks may be triggering rosacea flare-ups. Particularly, you should try to avoid food that has a higher level of spice, refined sugars and acid.

Even having a small amount of alcoholic drinks such as red wine may cause rosacea symptoms since it can dilate the blood vessels. A 2017 study found that alcohol intake was highly associated with rosacea flare-ups.
Aside from wine, you should also avoid hard liquor like:

There are also non-alcoholic drinks like hot beverages (tea, coffee, hot chocolate) that might also cause facial redness.

In a survey conducted on more than 500 rosacea patients by National Rosacea Society, “61% of those affected by spicy foods listed hot peppers as a trigger for their rosacea signs and symptoms”.
This is mostly caused by the chemical called capsaicin, which is what gives spicy foods their heat. Other spicy food you should try to avoid:

While some foods don’t necessarily have a high level of histamine, they can potentially trigger a reaction in your body to release histamine. Some foods that fall into this category are citrus fruits, others can be

Dairy products such as milk contain trans fatty acids, that might be a common trigger. Watch out for foods like:

Sugar causes glycation, this can be found especially in processed food and are likely triggers of rosacea flare-ups. High-glycemic foods can be:

It is important to take into account that each person’s rosacea can be triggered by different factors. This is why it might a good idea to keep a food diary to help you keep better track of which foods are causing your rosacea.

Do you know any other food that we should skip to avoid rosacea flare-ups?
Send me a DM on Instagram: @healthchefjulia and let me know your answer!

Go back to the homepage. 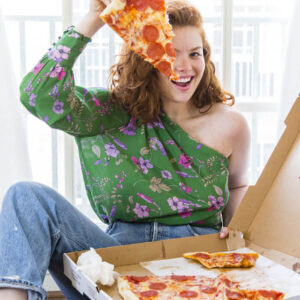 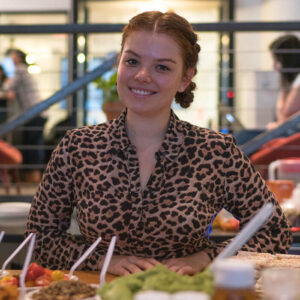