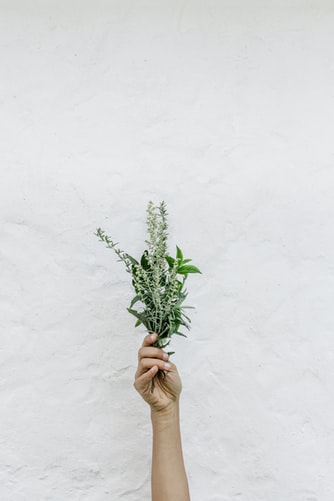 7 Cooking Herbs Every Cook Should Know

I have kind of a thing for herbs — whether they’re fresh, dried, planted, or cooked into mouthwatering meals. The thing is, they’re such common ingredients that it’s easy for newer chefs to skip over them when adding to a recipe. But cooking herbs can elevate your food from “good” to “mouthwatering” with just a few sprinkles at the right time. Here are 7 herbs you should absolutely know and use.

A relative to mint, basil is a very commonly used herb in the U.S., with a flavor that’s often compared to anise. If you’re starting an herb garden, you’ll probably be charmed by the varieties, though the two most common are sweet basil and the purple-stemmed Thai basil. It pairs well with tomatoes, so you’ll find it used in Mediterranean cuisine in dishes like pestos, pastas, and sauces.

Even beginner cooks have probably seen and used this versatile herb. Its flavor is light, meaning it complements most foods well and is called for in a huge range of recipes. Italian or flat-leaf parsley is the most commonly used variety, with curly parsley used most often as a garnish. Sprinkling it into a dish toward the end of cooking can add a pretty touch of green and enhance the final flavor.

Cilantro is the leaves and stalks of the coriander plant, and it brings a complex, bright flavor to dishes. (Fun fact: Some people are genetically predisposed to perceive the taste of coriander as “soapy” — which is kind of a bummer, as this herb shines through in a lot of delicious dishes!) It’s commonly used in many world cuisines, including Latin American and Asian, and it’s often eaten raw or as a garnish in the same way as parsley.

With a flavor that’s a little like a mild onion, chives add a kick to a meal without overpowering it. It’s great used as a garnish at the end of cooking, and it’s a good option to break up the heaviness of extremely rich dishes.

You may associate this herb with sweet treats, but its cooling and almost peppery flavor goes with savory dishes as well. Gardeners will find that there are two commonly grown varieties: peppermint, which has a stronger flavor, and spearmint, which has a lighter flavor and is often used in sweeter fare. In addition to sweets, mint is used in a lot of Middle Eastern recipes as well as fresh salads and teas.

This fragrant herb needs little introduction. It has a unique, needle-like appearance and a very woody, strong flavor that works well with protein dishes and sauces, not to mention hearty potatoes. As a shrub, it’s easy to grow in temperate climates and can be very hardy once it’s established.

Thyme pairs well with most veggie or meat dishes, and it’s also used in many flatbreads. Unlike more pungent cooking herbs that dominate a dish, it’s a great ingredient to add a little light flavor in food. As it’s very popular in American and European cooking, you’ll find that the most common varieties are German, French, and English thyme.

This starter kit of seven cooking herbs is a must-have to support your blossoming cooking habit. From savory dishes to sweet, you’ll find that they’ll make a big difference in even your favorite recipes — and you’ll probably add onto this list as your cooking skills grow!